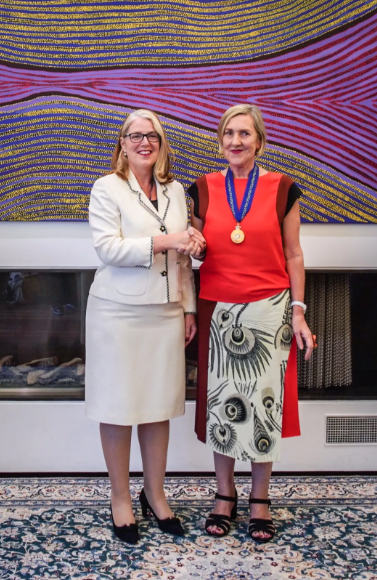 In Beijing, literary festival founder and CEO of M Restaurant Group Michelle Garnaut has been presented with a medal of the Order of Australia (AO) by the Australian ambassador to China Jan Adams.

Originally announced as part of the Australia Day 2018 honours list, the medal was awarded for ‘distinguished service to Australia-China relations as a restaurateur and entrepreneur, to the promotion of Australian food, film and design, as a supporter of literary and cultural programs, and as a role model’.

Garnaut founded Shanghai International Literary Festival (SILF) in 2002 and hosts the festival each year at M on the Bund, a restaurant she owns in Shanghai. She also founded the Capital Literary Festival Beijing in 2011, which was hosted at the Capital M restaurant in Beijing until the restaurant closed in 2017. Garnaut also founded the M Literary Residency in 2008, which provides a space for writers with an interest in China to conduct research.

See photos of the event here.