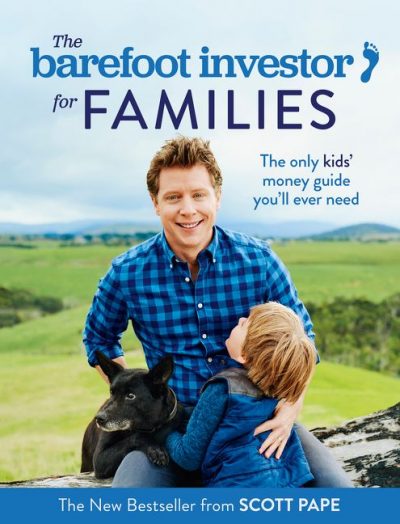 Scott Pape’s The Barefoot Investor for Families (HarperCollins) has become the fastest-selling Australian nonfiction title, after selling 74,600 copies with a value of $1.7 million since its release on 24 September.

Figures from Nielsen BookScan show that The Barefoot Investor for Families topped the nonfiction charts at number one, breaking the record for first-week sales of nonfiction in Australia.

Pape’s first book, The Barefoot Investor (Wiley), has sold over 884,400 copies to date, and held the number one position for 50 weeks, making it the fifth best-selling title in Australia and top-selling nonfiction title since Nielsen BookScan records began in December 2002.

As of the week ending 29 September, Pape has achieved combined sales of more than $23.9 million and sold over 999,000 books, according to the Australian Nielsen BookScan Panel.

The current record-holder in Australia for first week sales across all categories is Harry Potter and the Deathly Hallows (J K Rowling, Bloomsbury) with 498,000 copies in July 2007.