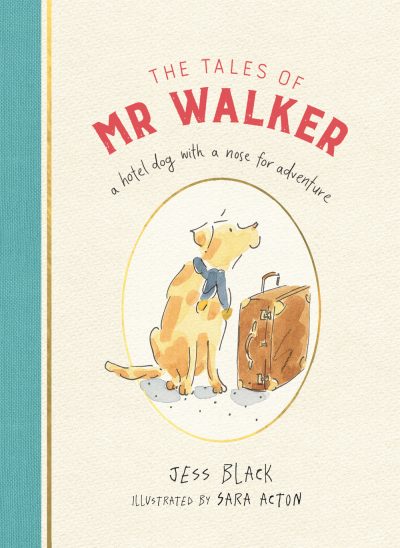 Mr Walker is a golden labrador who has been hired as the Melbourne Park Hyatt’s canine ambassador. Based on his real-life counterpart, this middle-grade chapter book comprises four beguiling vignettes detailing Mr Walker’s life at the hotel, the guests he befriends and the adventures he embarks upon. Readers who have a soft spot for animal narrators are in for a treat. Mr Walker is surprisingly emotionally intuitive: always eager to help, while also highly aware of the canine impulses he’s unable to control. He’s also a constant delight, as are Sara Acton’s lively illustrations. Although the ensemble cast of hotel guests are varied and vividly drawn, there’s no getting around their uniform affluence. In one story, for example, Mr Walker meets a mysterious man in ratty jeans who encounters discrimination, but—plot twist!—he turns out to be richest of them all. Readers who found the overwhelming privilege of the Alice-Miranda series hard to swallow might be rubbed the wrong way by these stories. But for all others, there is much to admire: The Tales of Mr Walker is imbued with the same matter-of-fact kindness as the best Dick King-Smith novels and is irresistible for many of the same reasons. A frictionless charm offensive that should delight readers aged 8-10.

Phil Lesnie is a children’s illustrator and bookseller at Kinokuniya, Sydney