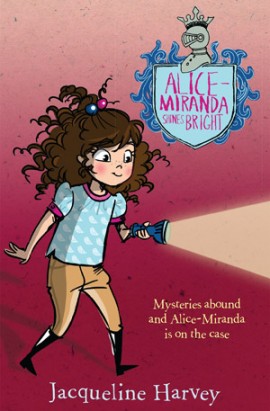 Originally announced as a TV series comprising 26 half-hour episodes, the comedy-drama Alice Miranda Shines Bright will run for 80 minutes and will remain targeted at a 6-9 year old audience. The telemovie will premiere locally on Nine Network and will be distributed internationally by ZDF Enterprises. Screen Australia is providing the principal production funding for the project.

Nine Network co-head of drama Jo Rooney said: ‘We know that Alice-Miranda has a great following with young readers and Jacqueline Harvey is one of Australia’s top female children’s authors. We believe all the right ingredients are in place for this dynamic, quality Australian children’s drama to be a huge success on Nine.’