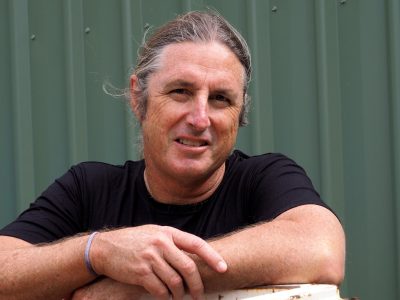 Winton’s ‘The Riders’ to be adapted for film

A director for the film is yet to be confirmed, but screenwriter David Kajganich—whose credits include Suspiria, True Story, A Bigger Splash and The Invasion—will adapt the screenplay. The film will be produced by Ridley Scott, Kevin Walsh and Michael Pruss, and will be the second collaboration between Kajganich and Scott, following the pair’s TV series The Terror.

Shortlisted for the Booker Prize in 1995, The Riders follows Australian expatriate Fred Scully as he eagerly awaits the arrival of his family in Ireland. When Scully discovers that his wife has mysteriously vanished, he undertakes a frantic search for her with his traumatised daughter.

Tim Winton said, ‘Of all my novels it always seemed to me that The Riders was by far the most cinematic, so this is very welcome news. With a screenwriter like David Kajganich and a producer like Ridley Scott, this could be a great adaptation and I look forward to seeing what they come up with.’

The news comes as filming for the adaptation of Winton’s 2002 novel Dirt Music (Penguin) begins in Western Australia this week. The film will star Kelly Macdonald (Puzzle, No Country for Old Men, Boardwalk Empire) as Georgie Jutland and Garrett Hedlund (Mudbound, Tron: Legacy) as Luther Fox. Other cast members include Aaron Pedersen (Mystery Road), Chris Haywood (Muriel’s Wedding), Dan Wyllie (Animal Kingdom) and Julia Stone, who will also collaborate on the soundtrack. As previously reported by Books+Publishing, the novel has been adapted by British screenwriter Jack Thorne, with the film to be produced by Angie Fielder, and directed by Gregor Jordan.