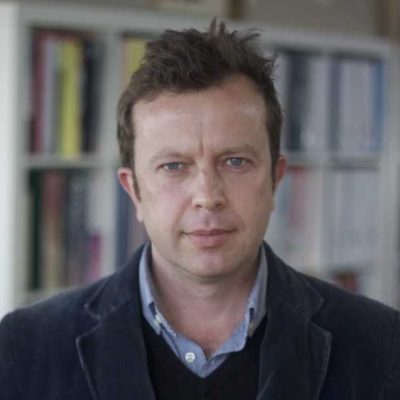 Benython Oldfield is an Australian literary agent and the Sydney-based director of Zeitgeist Media Group Agency, which represents 40 Australian authors alongside other international writers and illustrators. He spoke to Think Australian.

How many Australian authors are on your list—and what kinds of titles do you represent?

Zeitgeist Agency is a small agency representing 40 Australian authors. We have offices in Sydney and Brussels, and being small means we can be very selective with the authors we sign. Publishing is a highly personal business, so for us there are two main criteria: we have to adore the work, and like the author.

Discovering new writers is a focus. We specialise in literary and mainstream fiction, memoir, nonfiction, YA and kids.

How do you select the Australian titles for your list?

First and foremost, we must be entertained. With so many new ways to tell stories, to make it to the book publishing process, the book has to ‘pop’. I have to want to read it and see a market. I’m always thinking, ‘can this sell ten thousand copies, can this sell outside Australia, can this be adapted to the screen, audio, stage or an app’. Saying that, if there is a book that we think is particularly culturally significant we will strive to represent it, hoping it will add to the fabric of society and create change. We also aim to find books that represent the full gamut of the Australian life experience, as over half of us now have a parent born overseas.

Which of your Australian titles have been most successful overseas?

The Lost Flowers of Alice Heart by Holly Ringland (HarperCollins Australia) was sold into 25 countries. Other books that have a huge response with international readers include Lost and Found by Brooke Davis (Hachette Australia), Jasper Jones by Craig Silvey (Allen & Unwin), The Burial by Courtney Collins (Allen & Unwin), On the Trail of Genghis Khan: An Epic Journey Through the Land of the Nomads by Tim Cope (Bloomsbury), The Art of Reading by Damon Young (Melbourne University Press) and Disaster Capitalism: Making a Killing Out of Catastrophe by Antony Lowenstein (Verso Books).

Which Australian title or author on your list do you believe deserves bigger recognition overseas?

A J Betts, YA author of globetrotting Zac and Mia (Text Publishing), is a powerhouse. Hive (Pan Macmillan) is a thriller set in a tiny closed society where no-one knows their parents. This first book in a two-part series—Rogue is to follow—has just been published in Australia.

Do you represent authors from other countries? Which have been most successful?

We represent authors from many parts of the world including Russia, China, France, Belgium and the UK. British writer Annabel Abbs (The Joyce Girl and just published Frieda: A Novel of the Real Lady Chatterley, both Hachette Australia) are both doing extremely well with Australian readers.

What is your most recent Australian acquisition (that may appeal to international publishers)?

Earlier this year there was a five-way auction for 16-year old Vivian Pham’s novel The Coconut Children, a perceptive and funny coming-of-age story set in the Australian Vietnamese community. Penguin Random House Australia won the auction and I’m calling it as the largest advance ever earned by an Australian 16-year old author. It will be published with much fanfare on the Vintage adult list in 2020.