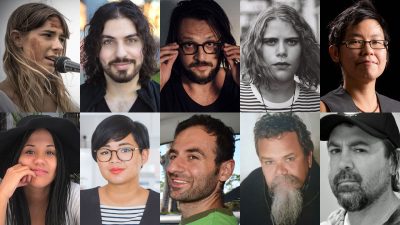 The Wheeler Centre and the South Australian Film Corporation (SAFC) have launched a three-year program to introduce writers to screen producers.

The Opening Scene program will connect The Next Chapter writers with producers and creators in the screen industry. In addition to writing workshops focused on screen adaptation, writers will be able to pitch their projects to producers sourced by SAFC, who will be able to read any work that they are interested in with a view to optioning the projects. Writers will be guided through the process of optioning screen rights and the procedure for pitching written works to the film industry.

SAFC CEO Courtney Gibson said the program will allow producers—particularly those from South Australia—to work with writers at the manuscript stage. ‘We anticipate work will be optioned, developed and ultimately produced for film and TV. Our ambition here is to generate opportunities for production in South Australia—screen adaptations of work by emerging writers from diverse backgrounds, as part of our Delivering Diversity agenda,’ said Gibson.

The Wheeler Centre head of publishing Sophie Black said Opening Scene is ‘an incredible opportunity for The Next Chapter writers to get their work in front of the country’s top producers’.

As previously reported by Books+Publishing, the Wheeler Centre recently announced the 10 inaugural recipients of $150,000 The Next Chapter program, who will each be matched with a mentor to work with them over 12 months.