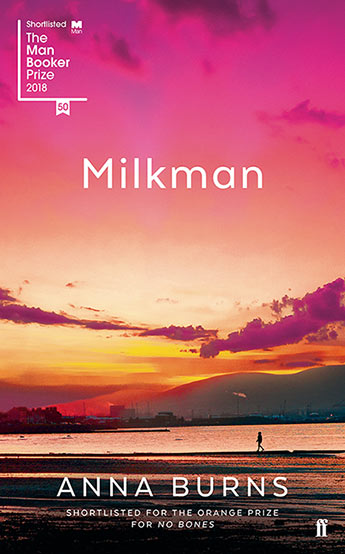 Northern Irish writer Anna Burns has won the 2018 Man Booker Prize for her third novel, Milkman (Faber). She is the first Northern Irish author and 17th woman to win the prize since it began in 1969.

Chair of judges Kwame Anthony Appiah described the novel—which focuses on a young woman known only as ‘middle sister’ being sexually harassed by a much older and powerful man—as ‘incredibly original’.

‘None of us has ever read anything like this before,’ said Appiah. ‘Anna Burns’ utterly distinctive voice challenges conventional thinking and form in surprising and immersive prose. It is a story of brutality, sexual encroachment and resistance threaded with mordant humour. Set in a society divided against itself, Milkman explores the insidious forms oppression can take in everyday life.’

Burns’ novel was chosen from a shortlist of six that included four women, two debuts and the youngest-ever author to make the shortlist. Three shortlisted books were by UK authors, two by American authors, and one by a Canadian author.

Before the winner announcement, the Bookseller reported that sales of Milkman (the only title with a paperback edition already released) had risen 1103% in the three weeks since the shortlist announcement, but it also cited UK Nielsen Bookscan figures showing that sales of longlist titles have significantly outsold those on the prize’s shortlist, with Belinda Bauer’s Snap (Black Swan) having sold almost three times the amount of the entire shortlist’s sales.