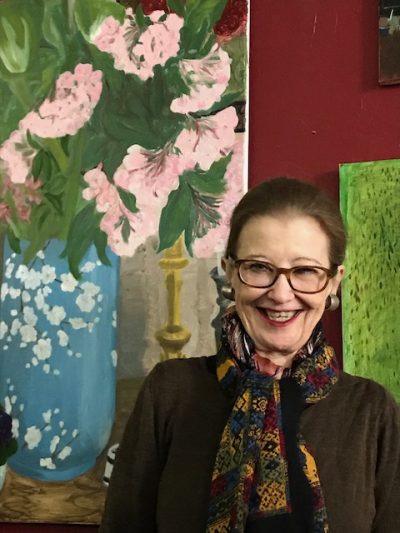 O’Donnell was a significant patron of the arts in Melbourne, and was a founding donor of the Stella Prize.

Originally a teacher and educational psychologist, O’Donnell owned and operated Mietta’s Queenscliff Hotel, which she bought in 1978 with her sisters Robin and Mietta (a restauranteur and food writer) and Mietta’s partner Tony Knox. In 1999 O’Donnell became the owner of the North Fitzroy Star Hotel, which she turned into a popular venue for writers, book launches and book groups.

O’Donnell was a member of the State Library Victoria Board from 1999-2008 as well as chair of the library’s Collections Committee. She hosted writers’ dinner events at the Melbourne Writers Festival, underwrote fundraising events for the Indigenous Literacy Foundation, and was on the boards of the Australian Art Orchestra and the Mietta Foundation. As a board member of the Abbotsford Convent Foundation, O’Donnell played a key role in the successful community campaign to save the Convent from development and allow it to become an internationally recognised arts and cultural precinct.

O’Donnell and Michelle Garnaut (who was recently recognised with an AO) were the first multi-year pledgers to the Stella Prize, thus enabling the prize to be established. O’Donnell funded and hosted Stella’s judging days at the North Fitzroy Star Hotel, and later helped find alternative venues after its closure in 2015.

‘Patricia was an extraordinary individual, without whom the Stella Prize may yet still be just an idea. She was a founding donor of the Stella Prize and ongoing supporter, giving not only regular financial support but providing a space for the Stella Prize judging day each year at her hotel, the North Fitzroy Star, where she would display Stella Prize shortlisted books and posters from across the years. She was warm and witty, always with an elegant outfit and a cheeky twinkle in her eye; an inspiration and part of Stella’s beating heart.’

Author and winner of the 2013 Stella Prize Carrie Tiffany writes:

‘I mostly hate Australian pubs, but the North Fitzroy Star was a darling; fireplaces roaring, bookshelves overflowing, a proud display of Stella Prize titles in the front bar. And the chance to talk with Patricia, always pale, always feisty, about art and music and books and politics—the things that matter. She will be missed.’

‘Trish worked behind the scenes encouraging, supporting and prodding Melbourne’s cultural life. Among other things she was the initiator of the Queenscliff writers festival, served on the board of the state library, was a major supporter of the Stella Prize, hosted dinners for writers from the Melbourne Writers Festival and fundraisers for the Indigenous Literacy Foundation. If you needed help, support or advice, you could call on Trish.’