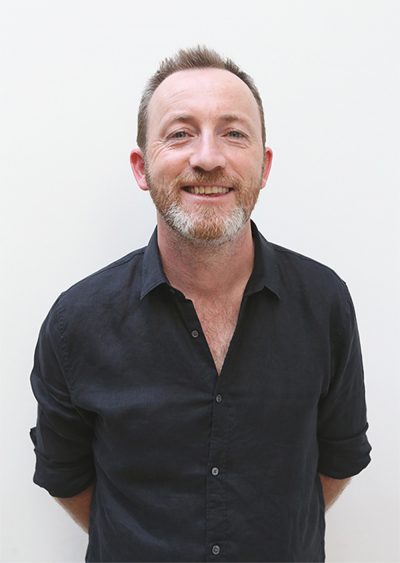 Can anyone remember a year that has delivered so sweetly for Australian debut novels? Not so long ago, it seemed the only way to really crack the home market was on the back of overseas success; by slogging away on numerous books until the stars aligned; by piggy-backing on a film tie-in; or, in recent years, through a feature profile on ABC’s Australian Story.

In 2018 the whole shebang has been turned on its head. Just look at this year’s crop of Australian fiction firsts: in just nine months we’ve had The Tattooist of Auschwitz (Heather Morris, Echo), The Ruin (Dervla McTiernan, HarperCollins), The Lost Flowers of Alice Hart (Holly Ringland, HarperCollins), Boy Swallows Universe (Trent Dalton, HarperCollins), The Nowhere Child (Christian White, Affirm), and Scrublands (Chris Hammer, A&U). Combined, these six titles from debut authors will have sold close to 260,000 units from release to the start of October, as recorded by Nielsen BookScan. That’s an incredible result, and a terrific fillip for the local book industry, and as it stands, Nielsen BookScan’s fiction bestsellers reflects the current consumer preference for Australian fiction, with nine of the top 15 being Australian.

So what has changed this year, and how do we make sure we seize this opportunity? I see three factors, and I’ll start with possibly the least important and probably the most contentious. Paradoxically, maybe the string of hugely successful local debuts this year has something to do with The Book Club on ABC finishing up in December 2017. Well-loved and enriching for readers generally, this show may have left viewers feeling that books worth discussing came mostly from beyond our shores.

Over the course of its 11-year run, The Book Club rarely had the confidence to champion new local books. It was partly to do with the limited structure of the show, but also perhaps, as literary agent Martin Shaw wrote in the Guardian in 2014, a bit to do with cultural cringe. He also pointed out that Australian Story profiled Hannah Kent and Brooke Davis around that time, and their debuts Burial Rites (Picador) and Lost & Found (Hachette) became strong local sellers. They were special books and authors, yes, but the market response showed that Australian audiences were crying out for exciting local content.

Australian retailers have filled the void this year, working in tandem with local publishers, backing the books with greatest potential, and selling them expertly and passionately. (Imagine the boost we’d get from a new version of The Book Club, with the same calibre of hosts and a segment on new Australian books!)

Another reason for the new-found confidence in local debuts is the reinvigoration of the Victorian Premier’s Literary Award (VPLA) for an Unpublished Manuscript by the Wheeler Centre in Melbourne. In 2012 this was won by Graeme Simsion’s The Rosie Project (Text), and in 2015 by Jane Harper’s The Dry (Pan). Australian retailers embraced the buzz, and our two Aussie authors made it into Nielsen BookScan’s top 40 international author chart in 2014 and 2017, launched from little old Australia (which really should have a government-funded ‘Australia’ stand at the London and Frankfurt book fairs—come on, pollies, back the industry!).

The Dry, especially, was a game changer. Brilliantly published by Pan Macmillan in the middle of a golden run in 2016, this book paved the way for debuts that followed—and that influence is not limited to the
thriller/crime genre. That same year, Affirm Press rode the wave of Australian debut love with The Birdman’s Wife (Melissa Ashley), which has sold just under 25,000 copies since its release. In 2017 Allen & Unwin had debut success with The Dark Lake (Sarah Bailey) and Hachette joined the party with the excellent Wimmera (Mark Brandi), which Nielsen Bookscan figures show is also on its way to selling 25,000 units.

But in 2018 debut success reached unprecedented heights. And what’s even more impressive is that these books were not packed into the golden quarter leading up to Christmas: The Tattooist of Auschwitz (January), The Ruin (February), The Lost Flowers of Alice Hart (March), The Nowhere Child and Boy Swallows Universe (both in July and both succeeding despite going head to head), and Scrublands (August) were scattered through the quieter times of the year and have all sold stacks.

For the relatively short time I’ve been in this business, the perceived wisdom has been that there’s nothing harder than publishing debut fiction (even though, in my experience, there’s nothing more satisfying either). But this year’s results just go to show what we can achieve when we pull together; when we publishers put our hearts and souls into publishing books, taking the time to make them the best that they can be; and when retailers pick up on that passion and help make them winners, whether they are from independent publishers or multinational powerhouses.