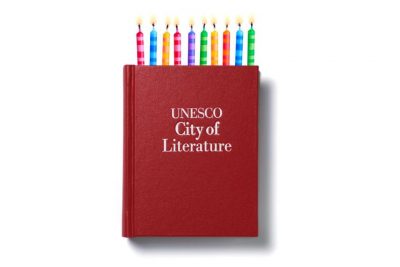 The Melbourne City of Literature, in partnership with the Wheeler Centre, has announced the program for its 10th anniversary event, based on the idea of a parliament for the city.

Running from 29-30 November, free Our City of Literature Parliament sessions will debate the past, present and future of Melbourne as a City of Literature. An opening night gala on Wednesday, 28 November will commence the celebrations, with 10 writers including Tony Birch, Alice Pung, Jane Rawson and Sumudu Samarawickrama discussing the literary culture of Melbourne.

Writers including Alison Croggon, Adolfo Aranjuez, Justine Hyde and Sally Rippin, plus international guests from other Cities of Literature around the world, will speak at four separate ‘parliamentary sessions’ over two days. The Thursday sessions, titled ‘Melbourne, 2008’ and ‘Melbourne, 2018’, will feature ‘elected representatives from across the literary world’ reflecting on the City of Literature over the last 10 years. The Friday sessions, titled ‘Future Melbourne’ and ‘Melbourne, 2030’, will focus on the ‘City of Literature Senate’ and include forward-looking discussion, readings and performances.

The Wheeler Centre director Michael Williams said: ‘This anniversary of our UNESCO designation is a wonderful opportunity to look at the whole big machine and pay our respects to the glorious traditions of storytelling in this city and on this Wurundjeri country where we live and work.’

Melbourne is one of 28 UNESCO-designated Cities of Literature around the world. For more information about the 10th anniversary event, visit the Wheeler Centre website.