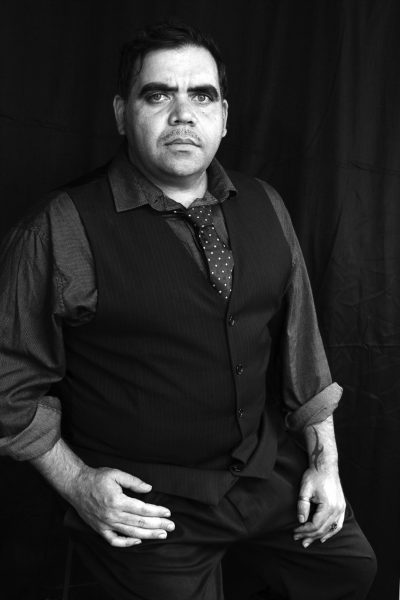 Poet, essayist, scriptwriter and performer Samuel Wagan Watson has been named the winner of the $20,000 Patrick White Literary Award for 2018.

Watson is the second Indigenous writer to win the award in its 45-year history, after Tony Birch was awarded the prize in 2017. Watson is the author of three chapbooks and five collections of poetry, including Of Muse, Meandering and Midnight (UQP), which won the David Unaipon Award for an unpublished Indigenous writer. His collection Smoke-Encrypted Whispers (UQP) won the 2005 Kenneth Slessor Prize for Poetry and the Book of the Year Award in the New South Wales Premier’s Literary Awards. His most recent full-length collection, Love Poems and Death Threats (UQP), won the 2016 Scanlon Award for Indigenous poetry, and was shortlisted for the 2016 South Australian Premier’s literary awards.

Watson thanked the judges and the greater literary community for their support of his writing. ‘I am humbled by their decision and it is difficult to convey the emotional impact of this prestigious award on myself, my wonderful family and my community.

‘Patrick White is a major figure in Australian literature and I am honoured to be recognised alongside his name. It provides me with a deep sense of personal satisfaction for what I spend a great deal of my time thinking about and putting to the page for my readers.’

Watson added: ‘The award is a great motivator for me to continue writing and expressing how I perceive, and how we all relate to, the cultures and communities around us.’

The award will be presented on 7 November at the State Library of Queensland.