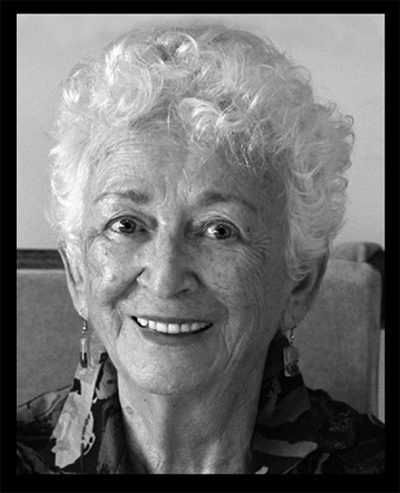 Zwi was born in Mexico in 1928 to Jewish-Lithuanian parents but grew up in South Africa, where her family migrated when she was a child. Her childhood in South Africa and experience as a migrant informed her work, which includes five historical novels, works of history, and a short story collection.

An anti-racism activist, Zwi was a member of the South African civil rights organisation Black Sash until her migration to Australia in 1988.

In 1967 Zwi graduated from the University of Witwatersrand in Johannesburg with an honours degree in English literature. She then worked as an editor at Raven Press, which also published her debut novel Another Year in Africa. The novel won South Africa’s Olive Schreiner literary prize in 1982 and in 1995 it was published in Australia by Spinifex Press when it was listed among the Australian‘s best books of the year.

‘I first met Rose Zwi through her manuscript The Umbrella Tree, when I encountered it in the Penguin unsolicited manuscript pile. I recall being impressed by the understated power of her writing. So when Spinifex was established in 1991, I was thrilled to learn that Rose was writing another novel.

‘Rose Zwi’s parents lived in Lithuania and escaped when the Germans began to kill Jews. They fled to Mexico where Rose was born but soon after moved to South Africa where Rose grew up in the small Jewish community that flourished there. These themes would be the ones Rose followed in her fiction and her works of history … Her writing is nuanced and makes important connections between the Holocaust and Apartheid through the stories of families and individuals who were either complicit or rebelled against oppression.

‘The book that Rose described as her “life’s work” was a work of history. Last Walk in Naryshkin Park (1997) concerns the Jews of Lithuania. In the early 1990s, when Rose visited her parents’ home town Zagare near the Latvian border, she discovered that there was just one Jew living in the town. He said to her that he wanted to remind the other townspeople of the tragedy of World War II.’