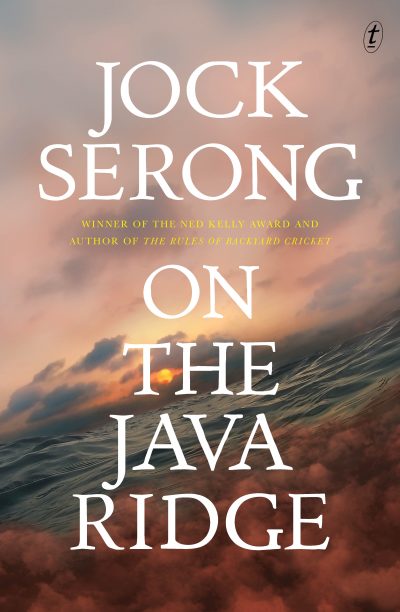 Jock Serong’s On the Java Ridge (Text) has won the 2018 Colin Roderick Award and the HT Priestley Medal, administered by the Foundation for Australian Literary Studies at James Cook University.

The judging panel said: ‘The writing in On the Java Ridge leaves you breathless and there are passages that are brilliant! Serong brings together thriller, political critique, and adventure story in a way that might be reminiscent of James Bond, were it not that governments turn out to be the most evil of all.’

Serong’s novel was chosen from a shortlist of six announced in July. The award was presented at the Foundation’s annual awards dinner in Townsville on 30 October.

The Colin Roderick Award and the HT Priestley Medal are presented to the ‘best original book’ published in Australia in the previous calendar year that deals with ‘any aspect of Australian life’. The award, which comes with a cash prize of $20,000, is open to writing in any field or genre.