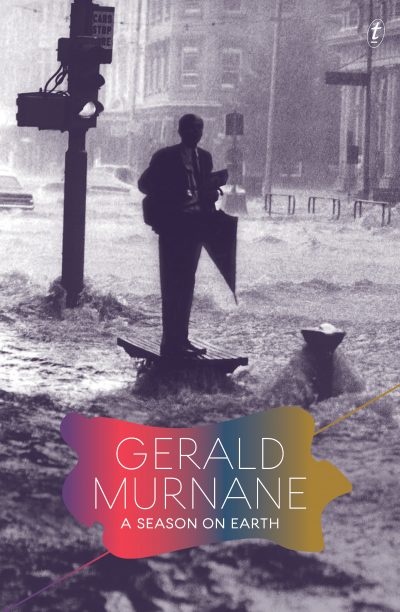 In 1976 William Heinemann published Gerald Murnane’s second novel, A Lifetime on Clouds. In the book’s originally published two parts, the protagonist Adrian Sherd, a student at a Catholic high school in Melbourne, escapes his dreary, outer-suburban life through a set of imagined erotic adventures. Eventually, these thoughts escalate and become incompatible with his religious learning. This full volume of A Season on Earth is how Murnane had originally conceived the novel, before his publisher excised the second half. In the missing two parts, published here alongside the previously published sections for the first time, the story continues: Sherd moves to the seminary, where he struggles to develop a coherent, theological understanding of the world. He moves back to Melbourne as a young man and has to decide what path his life will take. Murnane’s early writing, as shown here, is accessible and often humorous in his own dry way. As he becomes more recognised, both locally and internationally, A Season on Earth could be recommended as an ideal jumping-off point for readers new to Murnane and his particular way of looking at the world. It should also be recommended as essential to previous readers of A Lifetime on Clouds, and to keen readers of Murnane’s  other works.

Brad Jefferies is a former news editor of Books+Publishing