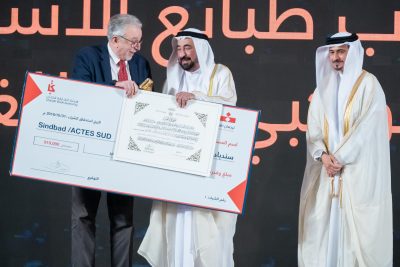 Presented annually at Sharjah International Book Fair (SIBF), the Turjuman Award promotes international translations that ‘build the human civilisation and build bridges that connect the east and the west’.

The award, worth a total of AED 1.3 million (A$492,000), is distributed by giving 70% of the prize money to the foreign publishing house that holds the translation rights and 30% to the Arab publishing house that published the first edition of the book. An Arab publisher was not awarded this year because The Nature of Despotism was first published in 1900 and is out of copyright.

The winners of the Etisalat Award for Arabic Children’s Literature, worth a total of AED 1.2 million (A$454,000) and organised by the UAE Board on Books for Young People (UAEBBY), were also announced at SIBF. Among the winners were Nostalgia (Aisha Al Harthi, illus by Hassan Manasrah, Arab World Publishing House) and The Tale of the Secret of Olive Oil (Walid Dogga, Tamer Institute for Community Education).