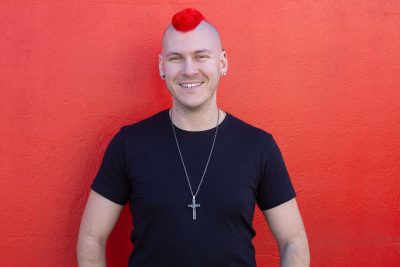 Perth-based YA writer Holden Sheppard has won the 2018 City of Fremantle T A G Hungerford Award for an unpublished manuscript for Invisible Boys, a YA novel about a group of young men negotiating what it means to identify as gay, and the risks and issues of coming out in a small town.

Richter said the winning manuscript had tremendous energy and authenticity. ‘Invisible Boys is a valuable contribution to the growing voices of younger LGBTQIA+ people,’ she said.

Sheppard said: ‘I wrote this novel for anyone who has struggled, or still is. I want the pain of these characters to be visible to the world. I want the world to understand that boys and men suffer, and for gay boys in particular, even in 2018, this struggle can feel like the end of the world, but it isn’t.’

Sheppard’s manuscript was chosen from a shortlist of six announced in September. The award was presented at an event at Fremantle Arts Centre on 15 November.

Awarded biennially, the T A G Hungerford Award recognises an unpublished work of fiction or creative nonfiction by a West Australian author who has not previously published a work of fiction in book form. In September, the City of Fremantle extended its support of the award and announced that the prize money will increase to $15,000 in 2020.