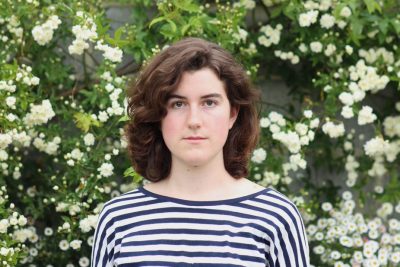 Zowie Douglas-Kinghorn has won the 2018 Scribe Nonfiction Prize for Young Writers for her entry ‘The Invisible Sea’.

Douglas-Kinghorn was selected from a shortlist of nine writers and receives a cash prize of $3000 and an editorial mentorship with Scribe to develop her work.

Georgia Phillips was highly commended for her shortlisted piece ‘Holocene: A Short Story’, which Rosenbloom described as ‘an impressive work of creative nonfiction—a coming-of-age memoir that reads like fiction’.

Both writers were presented with their awards at the opening night of the Word for Word Nonfiction festival in Geelong on Friday, 16 November.

The Scribe Nonfiction Prize is open to writers aged 30 or under who are writing a longform or book-length work in any nonfiction genre. For more information about the award, visit the Scribe website.