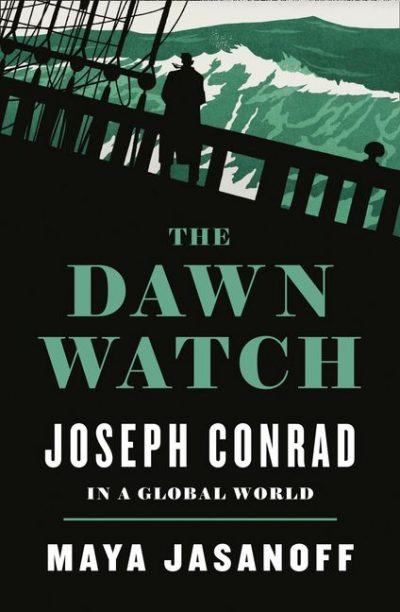 US author and academic Maya Jasanoff has won Canada’s 2018 Cundill Prize in History—the largest international prize for a work of history, worth US$75,000 (A$102,500)—for her book The Dawn Watch: Joseph Conrad in a Global World (HarperCollins).

The Dawn Watch explores the life and times of novelist Joseph Conrad, and looks at the influence of immigration, terrorism, nationalism, and technological innovation on his work.

Juror Jeffrey Simpson praised the book for being ‘extremely well plotted, technically brilliant and beautifully written’. Simpson added: ‘Capturing this world required remarkable research, an eye for telling detail, a roving spirit similar to Conrad’s own, and a gift for historical narrative. Fortunately, Jasanoff’s pen, like Conrad’s, is a magic wand.’

Jasanoff was previously a Cundill Prize finalist in 2011 for the her second book, Liberty’s Exiles: American Loyalists in the Revolutionary World (Vintage).

The two other finalists for this year’s prize, chosen from a shortlist of eight, were each awarded a ‘recognition of excellence’ prize of US$10,000 (A$13,670).

The Cundill Prize was established by McGill University in 2008 and is awarded annually to an individual from any country for a book that has had or is likely to have ‘a profound literary, social and academic impact in the area of history’.

For more information about the prize, visit the university’s website here.