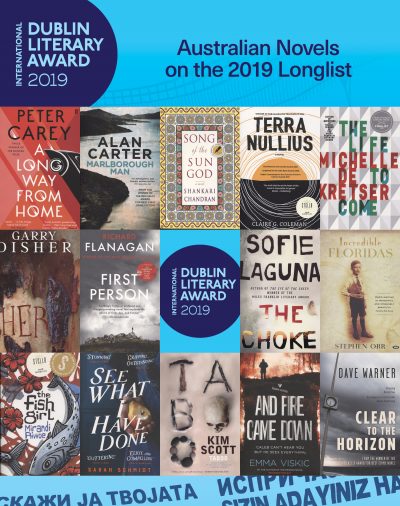 Fourteen books by Australian authors and six by New Zealand authors have been nominated for the 2019 International Dublin Literary Award.

Longlisted books by Australian authors are:

In total, 141 books were nominated for the longlist by libraries in 115 cities across the world. The longlist includes authors from 36 countries, 39 translated titles and 48 debut novels. The book that received the most nominations this year was Mohsin Hamid’s Exit West (Hamish Hamilton).

The shortlist will be announced in April 2019 and the winner on 4 June.

Now in its 24th year, the International Dublin Literary Award is organised by Dublin City Council and managed by the council’s library service. The prize is worth €100,000 (A$157,760) and organisers say it is the world’s ‘most valuable’ annual prize for a single work of fiction published in English. British-Australian author Evie Wyld is among the judges for this year’s award.

To see the full longlist, visit the award’s website.