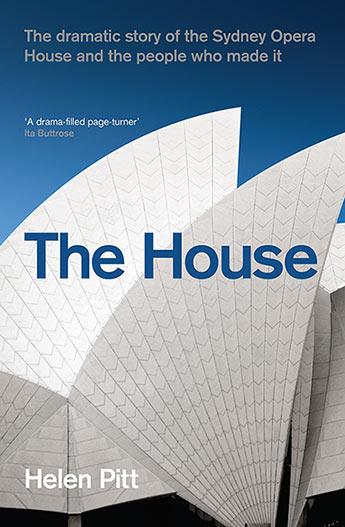 Journalist and author Helen Pitt has won the 2018 Walkley Book Award for The House (A&U).

Chosen from a shortlist of three, Pitt’s book explores the history of the Sydney Opera House and the people and controversies surrounding its construction.

The judges described The House as ‘exceptional’, stating: ‘Pitt dovetails historical and political records with the social mores of Australia at the time. The House streams with material dug from old records and 10 years of research and interviews, meticulously recounting the battle over a building that, when heritage-listed in 2007, was described as a masterpiece in the history of humankind.’

Journalist and author James Button won the feature writing award (over 4000 words) for his piece in the Monthly titled ‘Angels or Arrogant Gods: Dutton, Immigration and the Triumph of Border Protection’, which is a ‘forensic deep dive into the department that runs Australia’s immigration program’.

Last year, Louise Milligan won the award for her book Cardinal (MUP), following extensive media coverage and eventual withdrawal of the book from sale in Victoria.

This year’s awards were announced on 22 November in Brisbane. To see the full list of winners, visit the website.