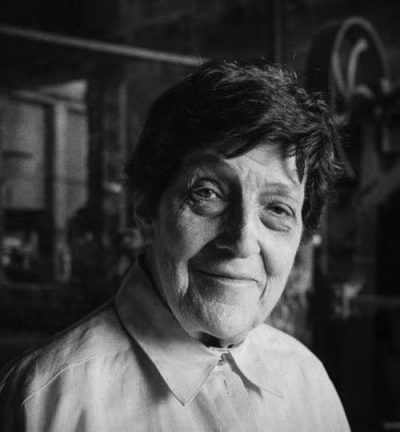 Rodríguez’s first poetry appeared in the 1962 collection Four Poets, under the pseudonym Judith Green, alongside poetry by David Malouf, Rodney Hall and Don Maynard, which was published by Melbourne publisher Cheshire. Her last book of poetry, The Feather Boy and Other Poems, was published in 2018 by Puncher & Wattmann.

Her poetry collection Water Life (UQP) won the inaugural South Australian Biennial Literature Prize in 1978, while one of Rodriguez’s most highly-regarded collections Mudcrab at Gambaro’s (UQP) received both the Sydney PEN Golden Jubilee Award for Poetry and the Artlook/Shell Literary Award in 1981.

She was the poetry editor of literary journal Meanjin from 1979-82, while teaching at La Trobe University, and became poetry editor at Penguin Australia from 1988-1997. Rodríguez joined PEN Melbourne in 1984, where her roles included president, vice president, and editor of the newsletter. In 1994 she was made a Member of the Order of Australia, for services to literature.

‘Judith Rodríguez was poetry editor at Meanjin from 1979 to 1982. She applied herself to the job totally, writing full and encouraging comments to the many hopefuls as she chose poems for publication. Judith would bounce into the office with twelve pages, from which I as Editor would choose ten—after much good-natured argy-bargy. She was lively, humorous, and indefatigable. Judith’s death marks a real loss to the poetry scene.’

Rodríguez’s former publishing house, UQP, collectively writes:
‘UQP is deeply saddened by the passing of Judith Rodriguez and extends sympathies to her family, friends and colleagues. Judith was a poet of remarkable scope whose words have resonated with readers for over 50 years and will continue to do so.

Judith was an integral part of the UQP story, contributing to our very first Australian poetry anthology in 1968 (New Impulses in Australian Poetry, edited by Rodney Hall and Thomas Shapcott) and publishing five collections with the organisation over the next 20 years, including her first solo offering, Nu-Plastik Fanfare Red and other poems (1973).

A tireless advocate for social justice, a keen observer of the human condition and extraordinary writer, she will be sorely missed.’

‘The news of Judith’s death is not just heartbreaking for PEN and its members, but also for me personally. I have lost a dear friend and confidant. Judith dedicated her life to the promotion of literature and the defence of the voiceless. While we mourn this monumental loss, her legacy will continue through her extraordinary poetry and through PEN’s work for years to come.’