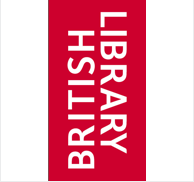 The British Library (BL) has reduced its gender pay gap by a third, with women earning a mean hourly rate of 3.9% less than men in 2018, down from 6.2% the previous year, reports the Bookseller.

Out of 1582 BL staff, including its publishing division, 54% are women, with women making up 36% of senior management, up from 35% last year.

BL chief executive Roly Keating said: ‘While I’m pleased to report that the figure for the second year is a third lower—at 3.9%, down from 6.2% last year—we will continue to work hard to ensure that we honour our commitment to eliminate the gap between men and women working at the Library by 2023 at the very latest.’

The figures were submitted to the UK government ahead of the April 2019 deadline, in response to legislation that calls for organisations with 250 or more employees to report their gender pay gaps. Despite the BL’s gender pay gap being lower than the national UK average—the mean at 17.1% and the median at 17.9%—The British Library has pledged to close the gap completely by 2023.