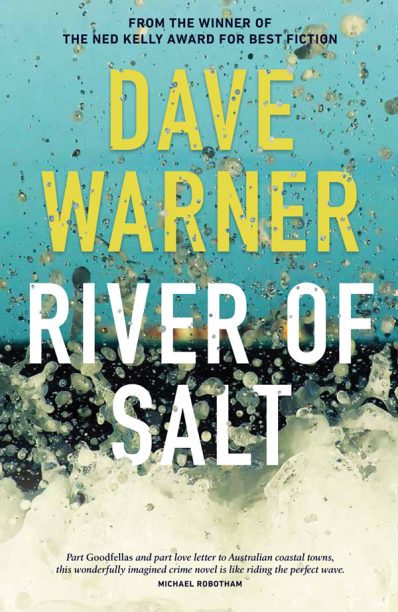 After fronting a rock band in the late 1970s and later writing for film and TV, Dave Warner now taps a rich seam of character-driven crime novels. His 2015 book Before It Breaks scored the Ned Kelly Award for best crime fiction; his latest, River of Salt, is a complex yet accessible tale that takes its time with characters and details. It’s set in the early 1960s, where erstwhile American assassin-for-hire Blake Saunders has restarted his life as a surf-guitar-loving pub owner in low-key coastal Australia. But when a protection racket and a brutal killing start to encroach on his idyllic second act, Blake circumvents local police to tie up loose ends himself—and to clear an eccentric friend of murder charges. Warner works in a lot of affectionate period details, as well as damning glimpses of the treatment of women, LGBTQIA+ people and Aboriginal people at the time. Beyond the book’s convincing action and romance beats, he explores well beneath the surface of a varied cast of characters. The twist-filled finish and critical look at the past should appeal to fans of Christian White’s The Nowhere Child, though River of Salt is slower and more fleshed out.