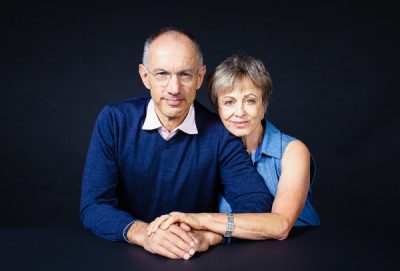 US-based charitable foundation Crankstart will be the new sponsor of the Booker Prize.

Crankstart’s five-year sponsorship will begin on 1 June, after the announcement of the 2019 Man Booker International Prize, and it will have the option to renew its support in five years’ time. This year’s awards cycle will be the final Booker Prize funded by the Man Group after the company announced in January that it was withdrawing sponsorship.

Under Crankstart, the awards will be referred to as the Booker Prize and the International Booker Prize, without the inclusion of the sponsor’s name in the titles. The Booker Prize Foundation says there are no plans to change the requirements for entry, or to reverse the controversial amendment that allows US writers to enter the competition. The £50,000 (A$93,400) prize money will also remain the same.

Founded by British venture capitalist Michael Moritz and his wife Harriet Heyman in 2000, Crankstart’s mission is to support ‘the forgotten, the dispossessed, the unfortunate, the oppressed and causes where some help makes all the difference’. Crankstart has previously donated millions of dollars to fund student support programs at institutions including Oxford University, the University of Chicago and the Julliard School.

Moritz is a graduate of Oxford University and a former journalist, who worked at Time before joining Silicon Valley venture capital firm Sequoia Capital in 1986. He has written several books, including biographies on Steve Jobs and ex-Manchester United manager Alex Ferguson. Heyman is a novelist and has previously worked at Life and the New York Times.

‘Neither of us can imagine a day where we don’t spend time reading a book,’ said Moritz. ‘The Booker Prizes are ways of spreading the word about the insights, discoveries, pleasures and joy that spring from great fiction … Harriet and I feel fortunate to be able to support prizes that together celebrate the best fiction in the world.’