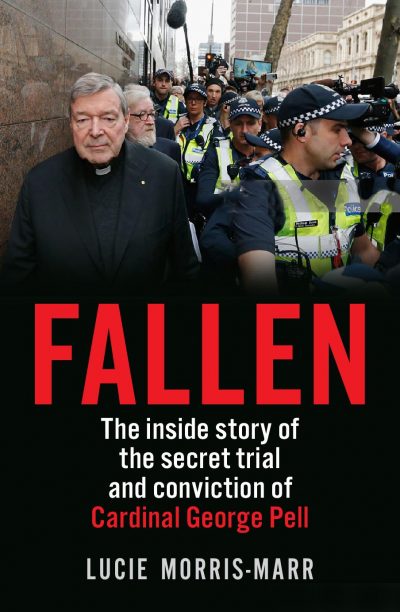 Allen & Unwin (A&U) has acquired world rights to a book by investigative journalist and broadcaster Lucie Morris-Marr, who broke the story in the Herald Sun that Cardinal George Pell was being investigated by the Victorian police in 2016.

In Fallen, Morris-Marr tells the full story of Pell’s fall, including as yet unreported details from the court proceedings, which she attended in full. The book also details the author’s own journey as she investigated the biggest story of her career, and the attacks that she endured from Pell supporters.

‘It’s been extraordinary to witness this hugely significant scandal unfold from the front row of religious, legal and media history,’ said Morris-Marr, who covered the legal case for The New Daily and CNN.

‘Due to a strict court order I was restricted from reporting from court at the time, so I’m thrilled to share a deep understanding and detailed record of what was often a treacherous yet fascinating spectacle on the road to justice.’

Fallen will be published by Allen & Unwin in August 2019.