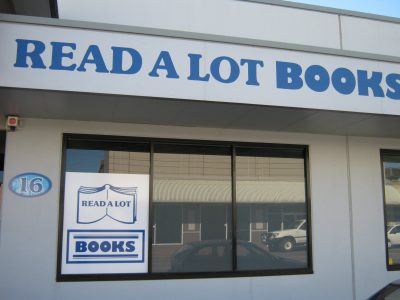 Read A Lot Books, in the WA city of Geraldton, is celebrating its 30th anniversary with giveaways and competitions during the month of March.

In its 30 years of operation, Read A Lot Books has moved across four different premises.

Owner Jenny Bishop says she first opened Read A Lot Books in a small, 54-square-metre shop, and after five years of operating, the growing business moved to bigger premises, where it remained for the next seven years. In 2001 Read A Lot Books again moved to new premises—an even bigger shop boasting 165 square metres of floor space and a more convenient location in a local shopping centre. But the shopping centre was sold and the new owners wished to redevelop, so in 2011 Read A Lot moved to its current location on Anzac Terrace.

Read A Lot Books joined the Leading Edge group in 1999, becoming one of the first members. The shop has also been involved in community events, including acting as the pop-up bookshop at last year’s local readers and writers festival, Windswept Words, which Bishop says was well attended.

‘We thoroughly enjoyed the weekend, sold many books and look forward to providing the pop-up bookshop again this year,’ said Bishop.

The shop will also take part in this year’s Sunshine Festival Parade, in which local children will dress in Book Week costumes on one of the parade’s floats.

Read A Lot Books will run giveaways and competitions on its Facebook and Instagram pages during the month of March to celebrate the milestone, and Bishop says she hopes to refresh the shopfront with new signage in the future.