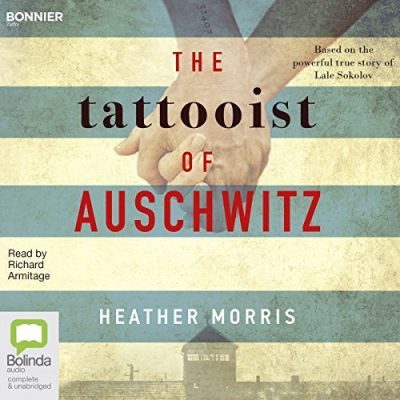 The audiobook edition of Heather Morris’ novel The Tattooist of Auschwitz (narrated by Richard Armitage, Bolinda, released in the US by HarperAudio) has won the 2019 Audie Award for fiction.

Presented by the Audio Publishers Association (APA) in the US, the Audie Awards ‘recognise distinction in audiobooks and spoken-word entertainment’. The 2019 awards were announced in New York at a ceremony hosted by audiobook narrator and Queer Eye fashion expert Tan France.