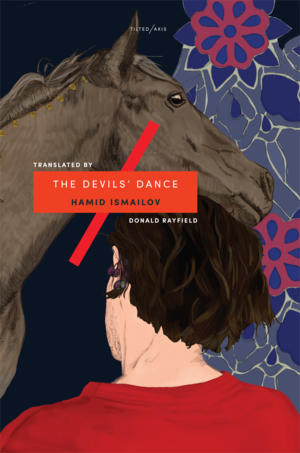 The first novel translated from Uzbek to English has been awarded the European Bank for Reconstruction and Development (EBRD) Literature Prize for a translated work of literary fiction.

The Devils’ Dance (Hamid Ismailov, trans by Donald Rayfield, Tilted Axis Press) is the story of an unwitting 19th-century courtesan who navigates the intrigues of the courts and harems of the Uzbek emirates and khanates at a time when Britain and Russia are competing for influence in the region. The story is told alongside the trials of a well-known Uzbek writer and literary dissident who is imprisoned and executed at the hands of the Soviet state in the late 1930s. The €20,000 (A$32,000) prize money is split between author and translator.

Two runner-up titles received €2000 (A$3200) each: Soviet Milk (Nora Ikstena, trans by Margita Gailitis, Peirene Press) and Drive your Plow over the Bones of the Dead (Olga Tokarczuk, trans by Antonia Lloyd-Jones, Text).

The prize was established in 2017 by the EBRD in partnership with the British Council to illustrate the importance of literary translation and to introduce translated voices to the English-speaking public and a wider global audience. It is open to literary fiction published by a UK publisher and originally written in any language from a country where the EBRD works.

To learn more about the prize and to see the longlist, visit the website.