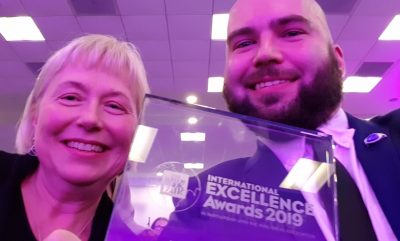 Espoo City Library in Finland has been awarded the library of the year award at the London Book Fair (LBF), as part of the fair’s International Excellence Awards.

Judges said the library is ‘a fine example to the world of an open and innovative service for everyone, with an enormously successful reading challenge open to all ages. Its locations and its community programs ensure it reaches the hearts and minds of everyone in the city, embracing new technology and reaching out to the elderly, special needs groups and refugees.’

Espoo City Library highlighted its accessibility in its bid for the prize. The library has branches in malls, a book mobile that services visiting remote areas, an outreach service for nursing homes and smaller branches that are open early mornings and late evenings without staff present. The libraries have developed into a ‘living space for people’, with youth meeting friends in the library, people participating in ukulele workshops and makerspaces, and immigrants and asylum seekers learning Finnish language and getting assistance with Finnish bureaucracy.

Last year the Espoo City Library was awarded the Finnish library of the year prize by the Association of the Finnish local and regional authorities at the Helsinki Book Fair.