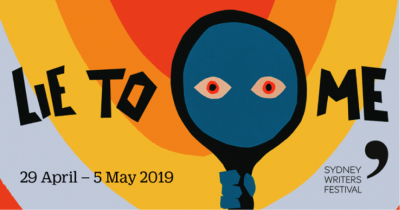 The program has been announced for this year’s Sydney Writers’ Festival (SWF), which runs from 29 April to 5 May.

Fifty-five international guests and 360 Australian writers, academics and public figures will take part in events held at festival venues across Greater Sydney. For the second year running, the festival hub will be located at Carriageworks while the NSW government redevelops the Walsh Bay Arts Precinct.

International authors Nana Kwame Adjei-Brenyah, Max Porter and Meg Wolitzer will each deliver an opening address on the festival’s theme, ‘Lie to me’. Pakistani writer Fatima Bhutto will deliver the festival’s closing address, speaking about ‘the tectonic shifts occurring in global politics and around ideas of race, sexuality and gender’.

Also on the program this year are several journalists, including New Yorker journalist Ian Parker, who published an investigation of the writer A J Finn that went viral earlier this year; former editor of the New York Times Jill Abramson, who is facing allegations of plagiarism for her book Merchants of Truth; and journalists Ece Temelkuran, Beth Macy and Anabel Hernández.

The festival’s Live & Local streaming program will bring events to regional and national audiences, with more than 30 venues across Australia signing on to broadcast select festival events.

‘Hundreds of the world’s most exciting writers will gather in Sydney to examine the white lies and deceptions that are necessary for survival, and malicious lies that are spun with darker intent,’ said SWF artistic director Michaela McGuire. ‘They’ll explore the ways that writing can be used to deceive others in an increasingly post-truth world and look at the lies that we tell ourselves and each other, and those we collectively tell as a country.’

To see the full SWF program, see the website.