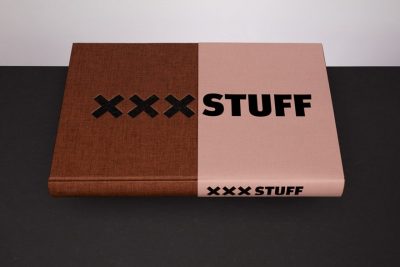 The award, which honours excellence and innovation in art and design publishing from around the world, was announced at the Melbourne Art Book Fair at the National Gallery of Victoria (NGV).

The book features photographs by Harold Strak of 15,000 of the most intriguing objects found in 2003 when the city of Amsterdam uncovered 700,000 objects while draining and excavating one of its canal’s riverbeds for a new metro line. Objects discovered during this archaeological exploration include pottery shards and nails from the Middle Ages, fish hooks, coins, old tobacco pipes and mobile phones, with some objects dating back as far as 4200 to 2000BCE. STUFF groups recognisable objects together based on the roles they play in society, inviting readers to explore their own associations with the material history of a city.

NGV director Tony Ellwood said the winning book ‘reveals a city’s fascinating urban history and provides an avenue for these rare archaeological finds to be shared across the globe.’

The winner and finalists were chosen from more than 90 entries from around the world.