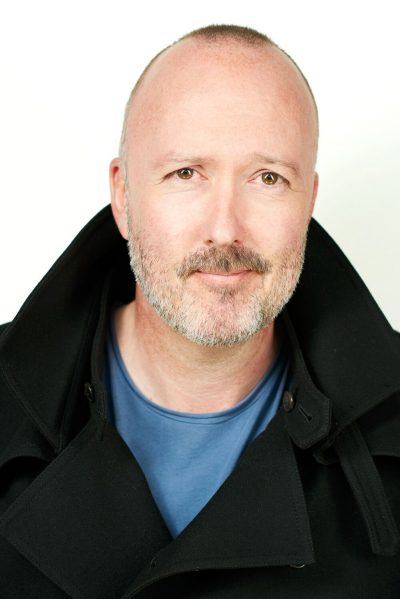 The Nancys is the fabulous, bawdy and exciting tale of 11-year-old Tippy Chan, who starts a crime-solving squad with her uncle and his new boyfriend in their small New Zealand hometown. What made you decide to set such a larger-than-life adventure in such a small space?

As an expat Kiwi living in Melbourne, each time I go back to New Zealand I experience it differently. I loved the idea of three perspectives on the same setting: Tippy, who hasn’t travelled, sees her hometown as it is without question or comparison; Uncle Pike, who escaped Riverstone as a teenager, has his own negative baggage associated with it; and Devon, who is seeing it (and New Zealand) for the first time through sparkly designer glasses.

Part of the attraction of a murder-mystery is that things are not always as they seem. Setting the book in a small town allowed me to pay homage to River Heights, Nancy Drew’s hometown, which, on the surface, is a nice, normal place, yet all these crimes keep happening. I also wanted to play with the idea of ‘be careful what you wish for’. Tippy always wanted a mystery to solve and now she gets one—but at home, with people she knows and cares about.

Tippy is fearless, and her honesty makes her wildly entertaining to follow—but does writing a crime novel with a child protagonist mean you have to think differently about the danger you put her into?

Yes, for me it did. I have two daughters around the same age as Tippy and I do feel quite paternal towards her. For the first couple of drafts I kept pulling back to keep Tippy safe, but I finally realised she had to hurt emotionally and experience danger. That was hard to do, but I realised later that it made the story—and Tippy—much stronger. It was something she needed to go through if she was to grow as a character.

As an avid crime fiction reader, I’ve long been frustrated by the limited amount of queer crime books out in the world. Did you consciously set out to fill a gap in the market?

No, The Nancys happened quite organically. It started in 2006 with a snatch of internal thought from Tippy about her friend Todd Landers. I followed that thread into the story, meeting Uncle Pike and Devon. However, that being said, I did also want to see some new heroes. There are so many different forms of bravery in society that don’t always get the same exposure as others. For me, girls are brave, camp is brave, international students are brave … the list goes on. I wanted to have brave, strong and resourceful characters in a combination that we don’t ordinarily see. Plus, the Nancys were a lot of fun to hang out with.

The multi-layered characters in this book—whether alive or dead or in a very long coma—are one of its strong points. Was it difficult to give depth to unlikeable people and to have your heroes make mistakes?

I like the idea there are no bad people, just bad make-up. The older I get, the less binary perspectives make sense to me. I think even the worst person in the world can have a moment of kindness, even if that moment is them being kind to themselves. I’m also interested in exploring intent—people that start out with the very best of intentions can end up causing the most terrible suffering.

The Nancys was highly commended in the 2017 Victorian Premier’s Literary Awards unpublished manuscript prize. How did that change your life?

Everything changed. I was on a flight and I remember switching on my phone in the plane after it landed, and my friend Nada called me to say congratulations. At first, I thought highly commended meant everyone got a gold star, but she told me it would change everything—I then saw there were only two titles highly commended and three shortlisted for the prize.

I read what the judges had written about The Nancys and cried. It was the first time someone outside of my friends, family and writing circle had read The Nancys—these industry professionals, strangers with no connection to me, had understood the story. The fact that they had read it and got it meant the world. It was the validation I didn’t know I was missing as a writer.

Through the VPLAs I connected with Grace Heifetz from Curtis Brown who became my agent and has been a phenomenal support and champion of The Nancys. From working with Grace, to signing with Jane Palfreyman at Allen & Unwin, it has been a total dream.

The Fragments by Toni Jordan (Text). I really wanted it to be a true story!

Christmas in July: children’s and YA  Features Junior