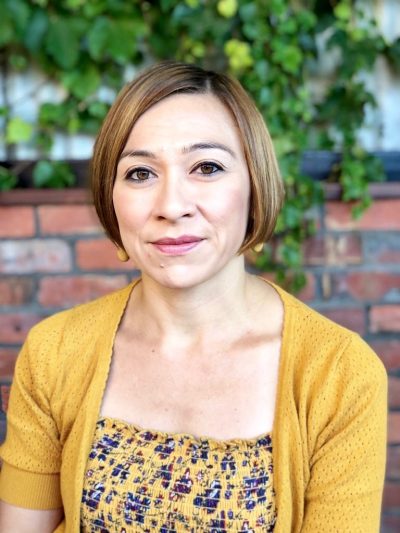 Generational exchange: Melanie Cheng on ‘Room for a Stranger’

Melanie Cheng’s debut novel Room for a Stranger (Text, May) follows the unlikely friendship between an elderly Australian woman and an international student from Hong Kong. Reviewer Carody Culver spoke to the author.

How did the idea for Room for a Stranger come to you, and had it been percolating for a while before you began writing?

The catalyst for the book was a brief story I saw on the ABC a few years ago about homesharing. I was intrigued by the idea of two people who wouldn’t ordinarily cross paths suddenly being thrust into a house together. I had some direct experience of this, having stayed with a retired couple when I was doing a medical exchange in the US.

The more I thought about homesharing as the premise for the novel, the more I liked it, and the more opportunities I saw for exploring my preoccupations: chance encounters, ageing, family, human connection. But while the idea of a homeshare arrangement was a relatively new one for me, the characters had been keeping me company for a while. My very first attempt at a novel, decades ago, centred around a Chinese student struggling to make his home in Melbourne, and I’d always wanted to write a story about a woman who, like an aunt of mine, devoted her entire life to caring for others.

You beautifully weave together the experiences of your two protagonists, Meg and Andy, in chapters that alternate between their perspectives. Which character came to you first, and did you write their stories concurrently?

Although Room for a Stranger is my second book, it’s my first novel and in that sense it fits the cliché of being a culmination of all my life experiences up until this point. For much of my life I’ve felt split between my Chinese background and my Australian one. Perhaps it’s not so surprising then that I have quite literally split my novel in two—with one half being told by a Chinese student and the other half being told by an Australian woman. This was not my intention but now that the book is written I’m free to psychoanalyse it! I wrote the stories concurrently—as a short story writer, I was always going to find it hard to commit to one protagonist and one point of view.

I’m not sure which character came to me first—both had been sitting with me for some time—but I can say that I found Meg much easier to write. Andy kept me at a distance for quite a long while. In fact, it was really only during the rewrite, and with the encouragement of my editor, that I dug deeper into Andy’s heart and mind.

Ageing is a recurrent theme in your work—a couple of stories in Australia Day feature elderly protagonists grappling with identity and the generational divide, and Meg faces similar challenges in Room for a Stranger. Do you think it’s important to tell stories that centre the experiences of older people?

In 2017 over one in seven Australians were aged 65 and over. Older Australians are a significant and growing proportion of our population, and yet they are under-represented in our literature (and when they are represented, they tend to be minor characters lacking complexity).

There have always been generational divisions—young people are supposed to be idealistic and older people are supposed to be cynical and disillusioned—but in recent years, with the rise of social media and the declining economy, these divisions have become deeper. The labelling of generations—baby boomers, Gen X, millennials—has only made this problem worse. A person’s personality can’t be summed up by the year they were born. There is enormous heterogeneity across a generation. Similarly, you don’t just become an older Australian when you turn 65. The depressing reality is that ageing at a cellular level begins sometime in our 20s—we are all ageing. In Room for a Stranger I want people to see beyond Meg and Andy’s ages and backgrounds, I want them to appreciate the humanity of these two characters, and hopefully, in the process, recognise some aspect of themselves.

You’re a GP as well as a writer. I’ve read that you enjoy listening to the stories your patients tell you, and I imagine you get to hear some fascinating tales from all kinds of people. Do these stories feed into your fiction, and did they play a part in your decision to start writing fiction?

I would never write about specific patients. I take my oath of confidentiality very seriously. What I do translate to the page are some of the more common experiences and patterns of behaviour I observe in my work. Human beings like to think of themselves as unique individuals—Western society rams this idea down our throats—but the more time I spend observing people and talking to them, the more I think we are the same.

My desire to write fiction predates my work as a doctor—it was something I wanted to do as a teenager—but the job has opened my eyes to people and situations I would never have been exposed to otherwise. What started as a way of processing some of the more confronting things I saw during my medical training became a source of entertainment, nourishment, and almost a kind of addiction.

How do you balance your two careers, and do you find that they complement one another?

The best thing about my work as a GP is that my assumptions are constantly being challenged. I think this has really shaped me and my writing—hopefully for the better. I, like everyone, am prone to prejudice and stereotyping, but now I have a wealth of experiences to arm me against those dangerous and automatic ways of thinking.

As for balancing careers, I’m still finding my way. Most writers I know are juggling two or more careers. If anything, I feel fortunate to have two that I enjoy. Having said that, I do zero exercise and my children watch too much TV. Something has to give I guess!

Everything I Never Told You by Celeste Ng (Hachette). It’s a beautifully written page-turner that tackles the migrant experience and the complexities of parenting. I can’t recommend it highly enough.