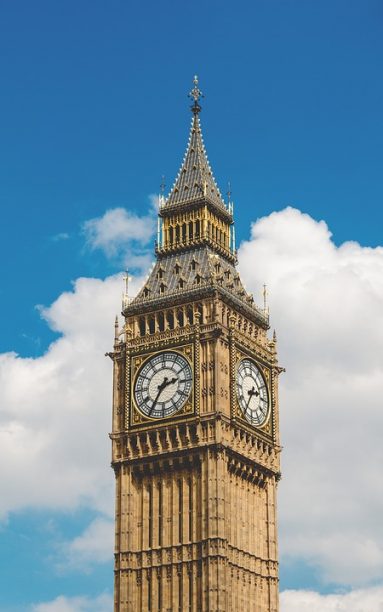 LBF ‘as busy as ever’; Australians report interest in ‘uplifting nonfiction’ and self-help for kids

Australian publishers attending the 2019 London Book Fair (LBF) reported an interest in ‘uplifting or inspiring nonfiction’ and ‘self-development, self-esteem, resilience and mental health books for children and adolescents’, among other trends, with many observing that the fair was busy and upbeat despite the looming threat of Brexit.

Literary agent Jenny Darling summed up LBF in a single phrase: ‘nonfiction up, fiction down’. She also noted a decrease in demand for translation rights, with publishers focused instead on selling their own titles into the English-language market. ‘There is more selling of international books now, so possibly less buying of English books to be translated,’ she said.

According to Black Inc. international publishing director Sophy Williams, ‘American agents were reporting a trend away from escapist fiction and towards uplifting or inspiring nonfiction’. Black Inc. received an offer from the US during the fair for Michelle de Kretser’s On Shirley Hazzard—‘which put a spotlight on our “Writers on Writers” series,’ said Williams—and interest from multiple publishers for Andrew Wear’s forthcoming book Solved! How Other Countries Have Tackled the World’s Biggest Problems and We Can Too. ‘With much doom and gloom in the headlines and the uncertainty around Brexit, [the book] was a much-needed dose of optimism,’ said Williams.

Allen & Unwin rights manager Maggie Thompson said a big trend in narrative nonfiction was ‘books that uncover “hidden worlds”, but in a more practical sense than in previous times’. ‘Where readers were once fascinated by books on the secret worlds of nature, they are now interested in the lives of doctors, nurses, teachers and those who work in aspects of the judicial and corrections systems,’ said Thompson. She also reported an interest in popular science titles that involved ‘experts giving readers solutions to life’s problems’, as well as current affairs titles with a feminist slant—‘but the writer needs to be leading the discussion or sparking a new one for these books to be published in a big way,’ she noted.

When it came to Allen & Unwin’s titles, Thompson said there was a lot of interest in the forthcoming WWII memoir The Note through the Wire (April), in which the author Doug Gold ‘tells the story of his parents-in-law meeting and falling in love during the conflict’. Other standout nonfiction titles were Memory Craft by Lynne Kelly (June), The Book of Knowing by Gwendoline Smith, Pain and Prejudice by Gabrielle Jackson and Women, Men and the Whole Damn Thing by David Leser (August).

Hachette rights and publishing manager Sarah Brooks observed ‘a real appetite’ for true crime stories this year, with many editors also looking for the latest trends in diet, self-help and ‘anything with an environmental/conservationist slant’.

Text publisher Michael Heyward reported that LBF was ‘as busy as ever, even though it was earlier—and colder!—this year’. While Heyward admitted that he is ‘hopeless at spotting trends’, he said Text ‘had a great time talking up some of our key titles’. In nonfiction these included Sophie Cunningham’s City of Trees (April), ‘a moving series of reflections about life, trees and travel’; Tyson Yunkaporta’s Sand Talk (September), ‘an enthralling exploration of how Indigenous knowledge can help us think sustainably’; and Alex McClintock’s On the Chin (August), ‘a wonderfully entertaining memoir about learning how to box’.

‘It was a really buzzy fair and lots of people said it felt busier than previous years,’ said NewSouth publisher Elspeth Menzies. She reported strong interest in Julienne van Loon’s The Thinking Woman, Eleanor Gordon-Smith’s Stop Being Reasonable (May) and Amee Baird’s Sex on the Brain (September).

Murdoch Books launched its rebrand at LBF ‘to a fabulous response’, said publishing director Lou Johnson. ‘We pride ourselves on having our finger on the pulse at Murdoch Books and it was great to verify that our list is very much on trend internationally and leading the pack in some areas.’ The publisher saw particular interest in Fit Foodie: Easy Meal Prep, Vegan Style (July), Low Tox Life and upcoming narrative nonfiction titles. Overall, Johnson said the mood was ‘relatively upbeat, though not surprisingly there was a lot of speculation about the potential fallout from Brexit’.

According to Allen & Unwin rights manager Maggie Thompson, many editors reported being ‘lighter on fiction acquisitions than in previous years’, and were ‘looking for the next trend, unsure whether “up lit”, which was thought to be the next zeitgeist, was shaping up to be what it had promised’. Thompson said ‘grand historical fiction’ was once again gaining momentum in the UK, while ‘creative nonfiction about historical lives’ was also in demand.

Thompson observed that there was still strong interest in crime fiction and thrillers—with A&U promoting Carmel Reilly’s Life Before (May) and Sarah Bailey’s Where the Dead Go—as well as ‘rom-coms with a unique voice’, with the publisher offering Elizabeth Coleman’s debut Losing the Plot.

Hachette rights and publishing manager Sarah Brooks said there was a ‘definite trend for up-lit this year’, with editors looking for more ‘heart-warming fiction’, ‘issue-driven fiction’ and ‘the next Liane Moriarty’ for their list. She also noted a call for more commercial fiction from diverse voices.

Brooks said Hachette received several offers for fiction titles in the week leading up to the fair, including Sophie Green’s The Shelly Bay Ladies Swimming Circle (July) to the UK and Germany, and Kayte Nunn’s The Forgotten Letters of Esther Durrant (May) to the US.

Scholastic rights manager Claire Pretyman was upbeat about the translation market for English-language children’s books, reporting that translation publishers at this year’s fair were ‘in the mood to acquire’. ‘When looking to buy in, the greatest interest was in illustrated fiction, on the grounds that this was a ready-made “package” that they couldn’t so easily create locally,’ she said. ‘With both fiction and picture books, the focus remains on what does and what doesn’t have a “Waterstone’s look”.’ Pretyman noted that a big talking point among British publishers was ‘the rights and the wrongs of the recent Bookseller report on the slump of the UK YA market’.

‘The overwhelming publishing trend observed at London Book Fair is self-development, self-esteem, resilience and mental health books for children and adolescents,’ said Peribo managing director Jane Coffey. She pointed to the buzz around Be Your Best Self by ‘the world’s youngest self-development author’ Nathan Kai, who spoke at a pre-fair publisher’s sales conference. ‘His book (co-authored with Danielle Brown, Button Books, September) is the result of his observation at age seven that there was nothing available in the market written by a young person to “teach young people goal setting and the steps to success”,’ said Coffey.

Affirm Press sales and marketing director Keiran Rogers also observed a trend for children’s and YA novels in verse. He said he found publishers at LBF were ‘reasonably happy with how their businesses are performing’. ‘Our partners were of course happy as we continue to grow and sell their books as well as our own,’ he said.