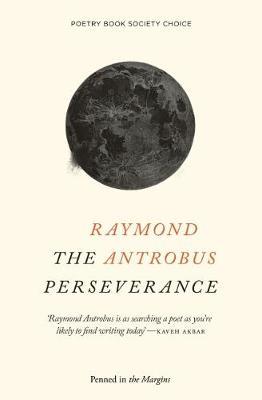 In the UK, British Jamaican poet Raymond Antrobus has won the 2019 Ted Hughes Award for his debut collection The Perseverance (Penned In The Margins), reports the Guardian.

The Perseverance explores family life and the death of Antrobus’ father, the nature of deafness and his diagnosis with deafness as a child, and his biracial heritage. The collection also includes an entirely redacted poem by Hughes called ‘Deaf School’, in which Hughes wrote: ‘Their faces were alert and simple / like little animals, small night lemurs caught in the flashlight.’ Antrobus redacted Hughes’ poem, putting lines through the verse, and responded with his own poem: ‘Ted is alert and simple. / Ted lacked a subtle wavering aura of sound / and responses to Sound.’

Antrobus, a spoken word poet who has performed at Glastonbury, was chosen from a shortlist of five for the award.

The judges praised the collection as ‘universally relevant’ and ‘the most engaging collection of poems we have read in a long time’. One judge commented that Antrobus was ‘passionate but speaking from his scars not his wounds—this is a poet you sense very deeply that you can trust’.

The Ted Hughes Award for New Work in Poetry seeks to ‘recognise excellence in poetry, highlighting outstanding contributions made by poets to our cultural life’. The £5000 (A$9290) prize is donated by Scottish playwright and poet Carol Ann Duffy, funded from the annual stipend the Poet Laureate traditionally receives from the Queen.