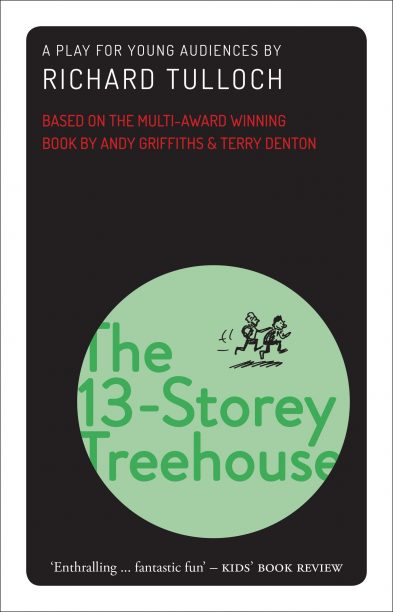 NewSouth will publish Richard Tulloch’s playscript The 13-Storey Treehouse as part of its new play series in August 2019.

NewSouth said the play ‘brings to life all the imaginative wonders’ of Andy Griffith and Terry Denton’s ‘Treehouse’ series, as leading characters Andy and Terry ‘undertake a series of completely mad and hilarious adventures, searching for flying cats, a mermaid, a sea monster, an invasion of monkeys and a giant gorilla’.

‘Anyone who knows anything about stories for children, whether told through books, drawings or theatre, will recognise the names Griffiths, Denton and Tulloch,’ said publisher Phillipa McGuinness. ‘When the opportunity arose to publish the first play that was adapted so superbly by Richard Tulloch from the “Treehouse” series of books, I jumped at the chance.’

NewSouth added that Tulloch had expanded the cast to make the play ‘highly suitable for school plays and other ensemble productions’.