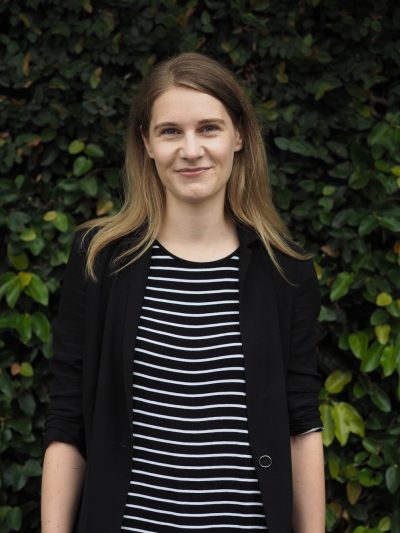 The prize is right: Authors on winning an unpublished manuscript prize

How does winning an unpublished manuscript prize affect the careers of debut authors? Jackie Tang talks to two recent winners.

It’s difficult to ignore the sheer number of unpublished manuscript awards in Australian publishing. In the past two years alone, more than five houses have launched or partnered on a manuscript prize, from small publishers such as Magabala Books and Fremantle Press to multinationals like HarperCollins and Penguin Random House.

Notably, two of the longest-running prizes are for children’s writing: the Text Prize for Young Adult and Children’s Writing, which was launched in 2008, and Hardie Grant Egmont’s Ampersand Prize, which emerged in 2011. Both have launched the careers of successful children’s authors such as Richard Newsome, Leanne Hall, Erin Gough and Melissa Keil.

For Nina Kenwood, winner of the 2018 Text Prize for her contemporary YA debut It Sounded Better in My Head (August), entering the award was always the goal: ‘I started working on it in 2016 … always with the idea that I wanted to enter [the prize].’ Kenwood’s industry experience as the marketing manager for Melbourne independent bookstore Readings (where, full disclosure, this writer is currently employed) made her keenly aware of her options. ‘I was completely unpublished, and I had never entered any short story collections or anthologies,’ she says. ‘I had no track record, so if I was to approach an agent, I really had no hook, no CV as a writer. When I entered, at best I thought I might get shortlisted. Then I would have something that I could build on and use to approach an agent. I never actually thought I would win it.’

Kenwood laughs that she originally feared her book wasn’t ‘literary enough’ for the publisher. ‘I had no sense of where my writing falls—is it more commercial? Is it more literary? But if you look at what [Text] did with The Rosie Project, and the way they can support a commercial romantic comedy while at the same time publishing the likes of Helen Garner and Elena Ferrante, you can tell they have the ability to work across different genres and readerships.’

Text’s past 11 winners certainly reflect the breadth Kenwood describes, from fantasy to memoir, to coming-of-age. Text editor Jane Pearson feels quality is the common denominator: ‘We’ve published such strong winners—and shortlistees—that the prize very quickly became recognised as an indicator of quality, and readers and booksellers were keen to get their hands on each new winner.’

Effective marketing is also a priority: ‘We put all our muscle into promoting the prize, from the moment we make the call for entries, to the announcement of the shortlist and the Text Prize party to award the winner,’ says Pearson. ‘We send bound proofs far and wide ahead of publication to make sure booksellers and influencers are on board.’

Pearson says both the quantity and quality of entries has steadily risen over the prize’s lifespan—this year submissions numbered nearly 300. More finalists are now being offered contracts, including all four shortlistees in 2017 and last year’s finalists Catherine Jinks and Davina Bell—notably, both are already recognisable names. Asked if she sees any trends among the submissions, Pearson says, ‘We’re seeing more middle-grade lately, but the majority of submissions are [still] YA. There’s always lots of fantasy.’ She also teases that the publisher may open up the prize to graphic novel submissions.

Capitalising on the rise of middle-grade, 2016 Ampersand Prize-winner Rhiannon Williams was ‘banking on the fact that my book (Ottilie Colter and the Narroway Hunt) was different from the previous winners. There had never been a middle-grade winner or a fantasy like mine.’

Williams had been submitting a different manuscript to agents and publishers for two years before entering and winning the award. She first heard about the prize at a writers’ festival panel featuring previous winner Erin Gough, and says the quality of the past winners has been significantly beneficial for her debut. ‘The biggest advantage of getting published [through the prize] is being associated with the previous winners,’ she says. ‘Melissa Keil, Erin Gough and Cally Black are all such amazing writers. They’ve done so well with their Ampersand novels and their work since. It shows that Hardie Grant Egmont really know what they’re doing, and I have heard that some people picked up my book because they were interested in reading an Ampersand Prize-winner.’

Having worked on her winning manuscript for two years, Williams advises writers to spend time polishing their submissions ‘until the story sings’, and to be open to changes in the editorial process. ‘I’d originally planned for a five-book series, but I was asked if it could be a trilogy instead … I added a fair bit to the book because the story needed to be told faster,’ she says. ‘After that, the biggest challenge was cutting down the word length.’

Kenwood feels grateful that Australian YA authors have two such ‘amazing opportunities’ in the Text and Ampersand prizes. However, she also advises aspiring entrants to brush up on the different awards’ terms and conditions, and to question whether a publisher is the best fit for their book. ‘[Literary agent] Martin Shaw wrote a great piece in the Lifted Brow where he went through all the different prizes from an agent’s perspective,’ says Kenwood. ‘And I do think that when you’re unpublished, you’re more likely to feel that you’ll take anything, do anything—you’ll jump at any prize and you don’t think about the fine print.’

Having said this, Kenwood was comfortable with Text acquiring world rights to her work because she feels ‘they have such an amazing reputation for being great with rights sales’. Proving her right, just two months after she won, Text sold North American rights to It Sounded Better in My Head to Macmillan imprint Flatiron Books during an Australia Council-funded trip to the US. ‘It was like winning the prize all over again,’ she says.

Manuscript prizes allow publishers to discover emerging talents directly—particularly voices that lack the publishing history or ubiquitous social media presence that pings a publisher’s radar. Magabala Books has done this for years, as evidenced by its five-year partnership with the State Library of Queensland (SLQ) on the black&write! fellowships. (SLQ moved to partner with Hachette for the program as of 2016.)

Last year, Magabala announced the Daisy Utemorrah Award to unearth more First Nations children’s writers. The prize is open to unpublished junior fiction or YA manuscripts by Aboriginal and/or Torres Strait Islander writers. The winner will receive a publishing contract and $15,000, which is funded by a grant from the Copyright Agency.

‘Our publisher, Rachel Bin Salleh, was clear [in] what she wanted to achieve, and that was to encourage more First Nations writers and graphic novelists to write for a junior or YA audience,’ says project officer Kate Rendell. Named after Daisy Utemorrah, a Wunambal poet, educator and one of Magabala’s founders, the award will have two driving principles: ‘a broader educational agenda for young readers’ and ‘to ensure Aboriginal and Torres Strait Islander young people have access to books that reflect something of their lives and experience’. According to Rendell, the prize will also put ‘emerging and unknown writers in direct competition with established writers’ and will ‘work to reduce any unconscious bias that may exist within the industry’.

Launching a new award is a daunting task, particularly for a small publisher, and collaboration and getting the word out will be key. ‘Collaborations enable us to combine skills, resources and networks to the benefit of all partners,’ notes Rendell. For the Daisy Utemorrah Award, Magabala is partnering with the Western Australian state government to make the prize part of the relaunched WA Premier’s Book Awards, which the publisher hopes will help bring about the ‘national profile that a major state literary award provides’. (South Australia’s Wakefield Press has a similar partnership with the state-funded Adelaide Festival Awards for Literature for its unpublished manuscript prize.) Magabala will further promote the prize by engaging a publicist, and reaching out to new, emerging and established Aboriginal and Torres Strait Islander writers, as well as the country’s network of writing centres and creative writing programs.

More recommended children’s and YA books published through manuscript prizes

Jackie Tang is a freelance writer, editor and digital content coordinator at Readings