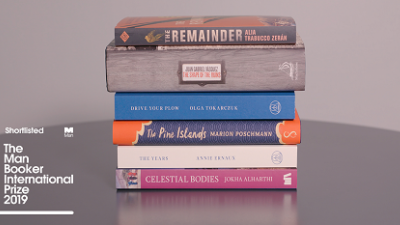 The shortlist for the 2019 Man Booker International Prize has been announced.

Chosen from a longlist of 13, the shortlist is dominated by independent publishers and includes work spanning five languages (Arabic, French, German, Polish and Spanish).

Chair of the judging panel Bettany Hughes said of the shortlist: ‘Subversive and intellectually ambitious with welcome flashes of wit, each book nourishes creative conversation. We were struck by the lucidity and supple strength of all the translations.’

The Man Booker International Prize is awarded to a book translated into English. Prior to 2016, the prize was awarded biennially to a body of work.

For more information about the prize, see the Man Booker website.