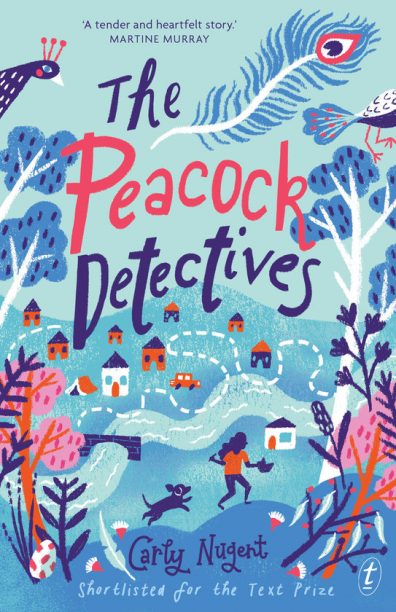 Nugent’s title was chosen from a shortlist of six, announced in February. She receives $3000.

Guest judge Zana Fraillon described The Peacock Detectives as ‘a heart-warming story that will be enjoyed by readers of all ages.’ ‘The story touches on issues such as bullying, family break-ups, mental illness, child carers, adoption, death, friendship, trust and belonging, but in such a gentle, thoughtfully crafted way as to not once feel overwhelming, didactic or judgemental,’ said Fraillon. ‘The characters brim with personality and feel so true to life that I missed them when I had finished reading.’ The judges’ full report can be read here.

The Readings Children’s Book Prize ‘recognises and celebrates Australian books that children love to read, and raises the profile of debut and on-the-rise Australian children’s book authors’. It only considers books by authors who have published no more than three children’s books for five- to 12-year-olds.

As previously reported by Books+Publishing, Jo Sandhu won the 2018 Readings Children’s Book Prize for her middle-grade novel Tarin of the Mammoths: The Exile (Puffin).

For more information on the prize, see the Readings website.