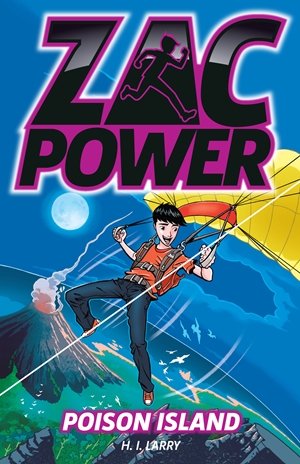 Screen Australia has announced story development funding for Zac Power the Movie, an animated feature film based on the children’s book series of the same name published by Hardie Grant Egmont.

This family adventure film sees teenage spy Zac Power embark on a rogue mission against a supervillain, in an attempt to rescue his kidnapped parents and save the world from being sucked into a black hole.

Presented by Cheeky Little Media and based on a script to be written by John Armstrong, the film will be directed by David Webster and produced by Barbara Stephen, Patrick Egerton and Celine Goetz, who have all worked on various Australian animated films.

The screen rights for the Zac Power series by H I Larry, a pseudonym for author Hilary Badger, were negotiated in 2010 by Hardie Grant rights director Annabel Barker and Charlotte Bodman (formerly of Hardie Grant).

A spokesperson for Hardie Grant Egmont said the Zac Power series has sold more than 60,000 copies over 13 international territories.