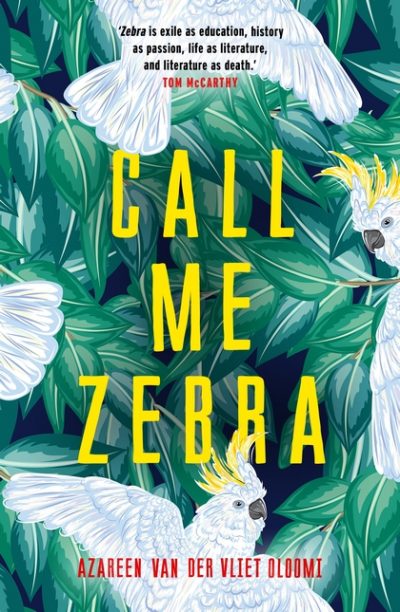 In the US, Azareen Van der Vliet Oloomi has won the 2019 PEN/Faulkner Award for Fiction for her novel Call me Zebra (Alma Books), reports the Washington Post.

The judges said of Van der Vliet Oloomi’s novel: ‘Once in a while a singular, adventurous and intellectually humorous voice appears that takes us on an inescapable journey. Call Me Zebra is a library within a library, a Borges-esque labyrinth of references from all cultures and all walks of life. In today’s visual Netflix world, Ms Van der Vliet Oloomi’s novel performs at the highest of levels in accomplishing only what the written novel can show us.’

Van der Vliet Oloomi’s novel was selected from a shortlist of five for the US$15,000 (A$21,200) prize, which recognises the best work of fiction by an American author in the preceding year.

Last year’s PEN/Faulkner Award for Fiction was won by Joan Silber for her novel Improvement (Counterpoint).