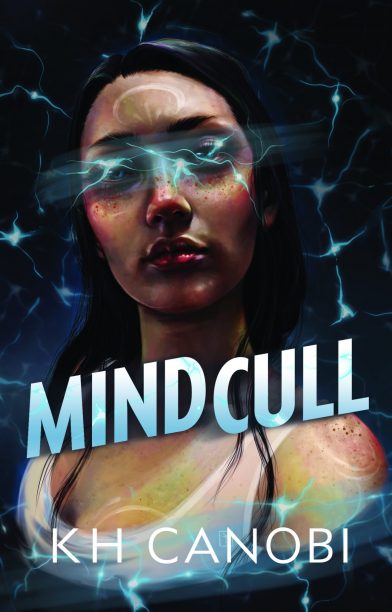 Eila, a rising social media star, is shortlisted to become the new face of Pearl, a virtual reality tech company. She is invited to spend three days in England trying out Pearl’s new line of immersive VR suits before the final winner is announced. But when Eila is pressured by a shadowy agency into spying on Pearl’s new suits, she becomes tangled in a conspiracy where none of the players are who they seem. As Eila investigates deeper she discovers that even her own mind is no longer safe. Mindcull is clever, with twists that feel organic and unpredictable. The characters are complex and murky, and it is sometimes difficult to keep track of who is double-crossing whom. K H Canobi is a cognitive scientist and it shows: delving deep into the potential long-term effects of widespread VR use, the real and potential cognitive impact of new technologies is baked into the narrative. Tech-savvy readers searching for sophisticated YA science fiction with a contemporary cyberpunk twist will find Canobi’s debut a must-read.

Catherine Moller is an editorial assistant at Titan Books in London. She has previously worked at Queensland Writers Centre and Alex Adsett Publishing Services in Brisbane