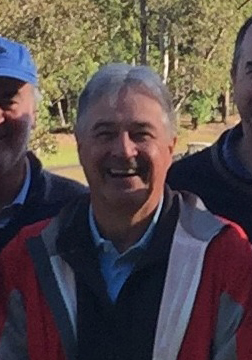 ‘Bookselling colleagues and golfing friends alike are deeply shocked by the sudden death of Peter Alexander at the age of 61. Peter was born  to a Sydney bookselling family—his father worked at Dymocks George Street for 50 years from 1929. Peter began his career with Bookworld in Queensland, running with his wife Anne hugely successful shops in Tweed City and The Pines, Gold Coast. His yearly temporary bookshop at the “Ekka” was a Brisbane institution. Contemporaries remember him as an outstanding retailer held in high regard by all he dealt with.

‘In 1989 Peter moved from retail into wholesaling and distribution, setting up ABC Books in Brisbane. In 2000 he and his family moved back to Sydney and started the Chapters bookshops in Sydney’s eastern suburbs. In recent years he moved gradually into retirement, not least to spend more time on the game he loved, golf. He was a regular participant in publishing/bookselling golf gatherings, and all of us who played remember him not only as a superb player who put the rest of us to shame, but as someone who loved to share his love of the game and his expert advice. All of us at some stage benefited from what we called “The Alexander Technique”.

‘Peter was a larger than life character who will be long and fondly remembered, and our deepest sympathies go to his wife Anne and sons Ben and Matthew.’