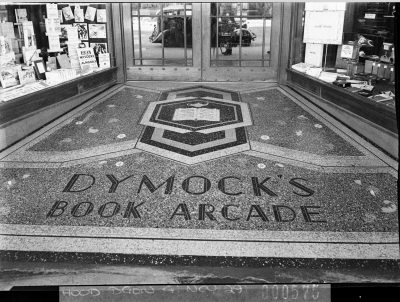 Dymocks is celebrating its 140th anniversary this year with an anniversary party instore at Dymocks Sydney on 27 May.

William Dymock opened the first Dymock’s Book Arcade in Market Street, Sydney, in 1879, before the Dymock family purchased the old Royal Hotel on George Street, site of the current flagship Sydney store, in 1922. Under the ownership of John Forsyth, William Dymock’s great nephew, Dymocks became a franchise business in 1986 when its first suburban stores opened in Parramatta, Bondi and Warringah Mall.

Managing director Steve Cox said the company is ‘immensely proud of our 140-year history’. ‘Dymocks is proud to support Australian authors and be part of a tradition of great storytelling in this country,’ said Cox, adding that the current business is ‘thriving’.

‘Dymocks has evolved with the times, faced down digital disruption and the predicted “death of the bookstore”. We keep our business relevant by listening to our customers, offering the best range and customer service, and continuing to innovate.’