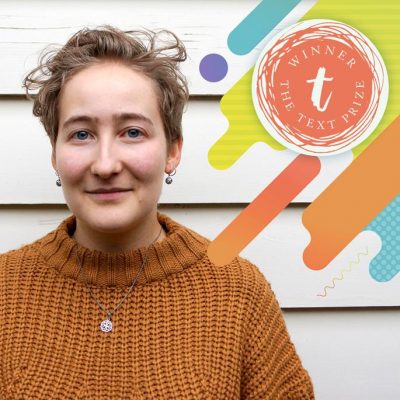 Melbourne writer Georgina Young has won the 2019 Text Prize for her YA novel, Loner.

Loner is a ‘humorous and heartfelt exploration of new adulthood’ set in Melbourne’s South Eastern suburbs. It follows Lona, who spends her days sneaking into the dark room at her old art school and DJing the roller disco at Planet Skate, until her life is thrown by meeting a ‘bass-playing, cello-shredding, charming-as-all-hell suitor’.

Young’s novel was chosen from almost 300 entries, and a shortlist of five announced earlier this month. Young receives $10,000 and a publishing contract with Text.

Young said, ‘While continuing to disbelieve in fate and fortune, I count my ordinary, unlucky stars to have heard word of the Text Prize at exactly the moment I had a manuscript to submit’. ‘I have always deeply admired (and, as a reader, benefited from) Text’s commitment to young adult literature, and I am thrilled and honoured to be working with them to publish my book.’

As previously reported by Books+Publishing, last year’s winning entry was Nina Kenwood’s It Sounded Better in My Head. Kenwood’s book will be published in August.