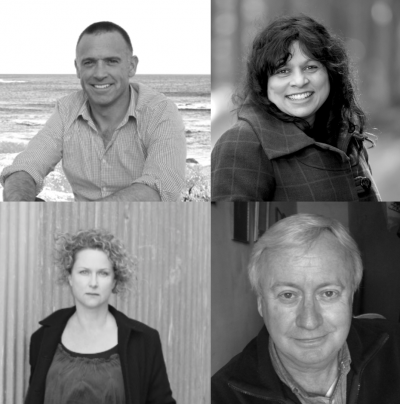 Four authors to promote Oz crime fiction in US

Four Australian writers will travel to the US to promote Australian crime writing, after receiving a $25,000 career development grant last week.

Sulari Gentill, Robert Gott, Jock Serong and Emma Viskic will travel to the US in November for their ‘On the Run’ tour, meeting publishers, booksellers and readers. The writers will travel to speaking events and bookshops in Los Angeles, New York, Boston, Arizona and Texas.

They will attend the Bouchercon World Mystery Convention, to be held in Dallas from 31 October to 3 November. The annual crime writing festival, which showcases writers from around the world, has around 150,000 guests attend each year.

In a statement, the authors thanked the Australia Council and said they were ‘absolutely delighted to have the opportunity to take Australia’s unique styles of crime fiction to the US as a team of touring writers’. ‘As far as we know, this is the first time Australian novelists have travelled as a literary band,’ the writers said.

The authors’ publishers—Echo, Pantera, Scribe and Text—said in a joint statement, ‘It’s a thrill for authors who have worked tirelessly to promote their books in Australia to be given the opportunity to be showcased on an international platform and reach a new market.’