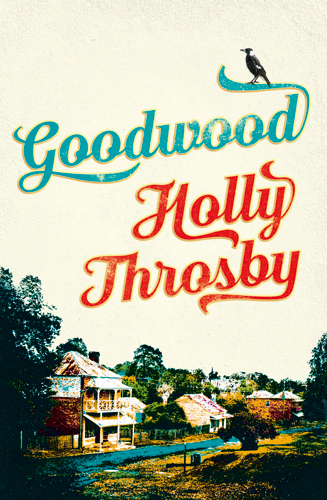 ‘Goodwood’ to be developed for television

The ABC, along with ABC Studios International, will develop Holly Throsby’s Goodwood (A&U) as a television series.

The series will be written by Alison Bell and Sarah Scheller, best known for ABC comedy The Letdown, and will mark the pair’s hour-long television drama debut.

Alice Bell (not to be confused with Alison Bell mentioned above) and Claudia Karvan will produce the series, and Imogen Banks will serve as executive producer for the project. The ABC’s Sally Riley and ABC Studios International’s Keli Lee, who previously worked on the ABC’s Harrow, will also act as executive producers.

Alice Bell said: ‘Holly has a knack for storytelling that lends itself perfectly to television and I’m excited to work alongside Sarah and Alison in realising their own version of Goodwood. Claudia and Imogen are my collaborative dream team and we are grateful to have the dedicated support of the ABC and ABC Studios International.’

Throsby said: ‘One of the central themes of Goodwood is the relationships between people, especially between strong women. It is so fitting, and an absolute dream for me, to have such an incredible group of women in charge of bringing my book to life on screen.’