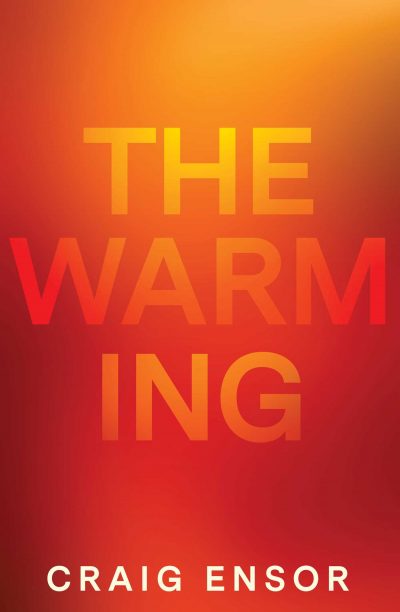 There’s a lot of climate change-inspired fiction around at the moment—sci-fi, apocalyptic, hopeful and despairing. The Warming has elements of all these but it’s really just about people. People who don’t do anything momentous in the scheme of things, but who bear witness to the end of one era and the beginning of another. Some 200 years in the future, teenager Finch and his father live at the ever-shrinking fringe of human habitation. The oceans are rising, days are getting hotter and for generations people have been migrating towards the poles. When a couple comes to stay at a nearby beach house, they awaken something in Finch: William Speare infects him with a passion for music and April Speare is his first hopeless love. Years later Finch and April reunite as the world as they know it shrinks to nothing. A first-person narrative from the perspective of Finch, The Warming reads like a biography from the future as he relates his thoughts and feelings over a book that spans most of his life. It can get a bit philosophical at times, and there are a lot of classical music references that I probably didn’t get, but I cared about Finch and that was the point. This is one for literary and science fiction readers, and for book clubs too.