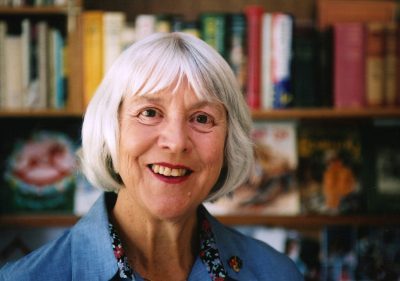 Mattingley wrote over 50 books, 47 of which were for children. After publishing her first book, The Picnic Dog (Hamish Hamilton), in 1970, Mattingley went on to win numerous awards for her work. Rummage (illus by Patricia Mullins, Angus & Robertson) won the Children’s Book Council of Australia (CBCA) Children’s Book of the Year Award in both the Younger Readers and Picture Book categories, while her YA novel No Gun for Asmir (Text) was highly commended in the 1994 Australian Human Rights Awards.

Born in 1931 in Brighton, South Australia, Mattingley moved to Sydney and then Tasmania as a child, before graduating from the University of Tasmania. In 1951 she gained her formal librarianship qualifications before going on to work as a librarian at various South Australian schools until the late 1970s, when she stopped working as a librarian in order to write full-time.

In 1978 Mattingley became a part-time student in Aboriginal Studies at the South Australian College of Advanced Education and, after graduating, researched and edited the book Survival In Our Own Land: ‘Aboriginal’ experiences in ‘South Australia’ since 1836 (told by Nungas and others, Wakefield, 1988).

Mattingley was made a Member of the Order of Australia for service to literature and social justice in 1996 and in 1987 the City of South Perth inaugurated the annual Christobel Mattingley Awards for Young Writers. She was made an Honorary Doctor of the University of South Australia in 1995 and an Honorary Doctor of Letters of the University of Tasmania in 2015. In February this year, Mattingley was awarded Honorary Membership of the CBCA South Australian branch.